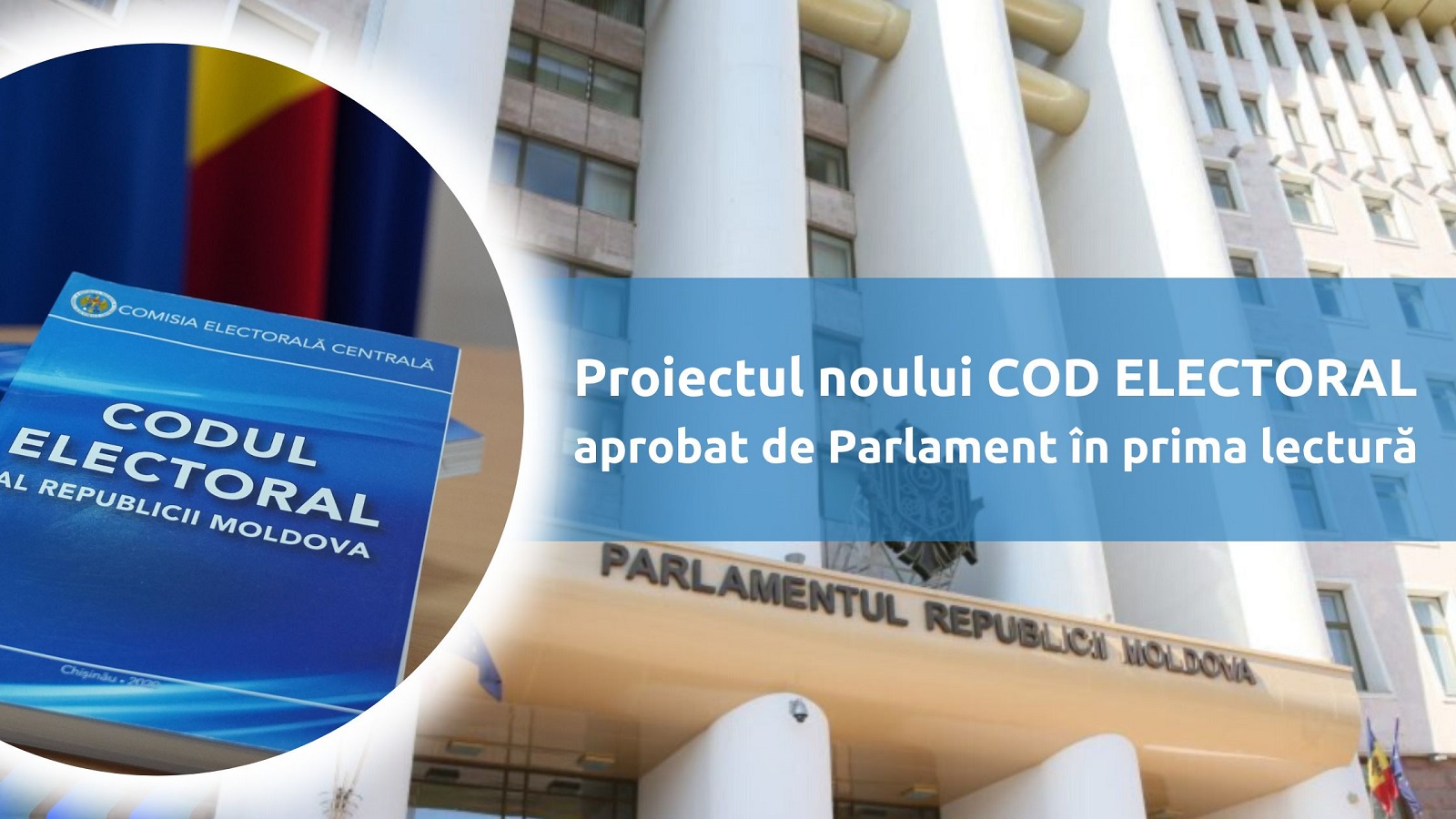 The draft of the new Electoral Code was approved in the first reading, in the today’s session of the Parliament of the Republic of Moldova. The purpose of the draft law is to improve the electoral and related legislative framework, including by solving the loopholes indicated by the Constitutional Court in its addresses, implementation of the opinions of the Venice Commission and OSCE/ODIHR, implementation the recommendations of the national and international election observation missions.

The main areas that can be found in the draft of the new Electoral Code relate to the mandate, establishment and activity of electoral bodies, the process of nomination and registration of candidates, the management of electoral lists, the transparency of the financing of the electoral campaign and the strengthening of the control attribution of the CEC in related the political financing. Other relevant aspects concern the organization of polling stations, the optimization of electoral dispute resolution mechanisms, the coverage and monitoring of elections, as well as the initiation and conduct of referendums.

We remind you that the proposals to amend the electoral and related legislation were developed by a working group created by the Central Electoral Commission following extensive public consultations with the participation of national and international experts, civil society, representatives of political parties and the media.